Cavern of the Wraith Count

Well, tonight's pick-up game cancelled due to The Plague in the house. Sigh.

Oh, well, gave me a chance to formalize some notes and build a space, this time a recent Jackson offering of a small cavern complex with a concealed tomb and treasure. The apparent chariot in the loot cache caught my attention, as they are a not uncommon grave good in notables' tombs around Eurasia.

No horse skeleton, though. That's ok, I had an idea for that.

And somewhere, I found the writing prompt title of "Cavern of the Wraith Count" - possibly Donjon or another random generator. But it stuck. And I had the Big Bad.

The room contents were roughed out using the standard Moldvay matrix, then shuffled about to make some sense. It's a good space to work with - three 'water hazards' and a bit of a look, as well as some overcrossing corridors.

I was scribbling away at the brewery a couple of days ago when another patron asked what my project was - He wasn't familiar with D&D, so I gave him a rough overview, and what the map/adventure entailed. He was most impressed by my various shorthands, scribbles, and lists on my working copy:

/Map in hand (and now with a list of monsters to wander and/or await), I typed it up this morning.

Count Malor Oseku got up to some nefarious researches in his life, and as a result, does not rest well. His besieged family attempted to bury him away, hoping that he'd be at peace, but he is restless and needful still...

Descriptions are brief, and critters are loosely statted on the OSE model. Includes a couple of newish magic items, and a couple of new or revised monsters.

9/27/22: Minor edits to adventure for flavor and details.

Roger Brings the Pa(i)n, or, the Brewery Crew Finishes the Banshee's Tower

Well, that was fun.

The Sunday night Meetup game at the brewery went down after a hiatus for the local con. I had two folks signed up, along with my stalwart coworker and my shorter half. Chris continued to run with Frederick, the pocket-picker, and Seana ran Jax, a slightly befuddled barbarian with a sword that whispers to her. Michael, the solo Meetup attendee was another RPG first-timer, but eager to dive in. I ran through a quick character overview, and he responded, "Can I just play someone dumb?" Of course. Michael grabbed a dwarf off the deck and stated, I've been learning how to cook with cast iron, so he's a cook. Can he be armed with a heavy frying pan? I crossed "battle axe" out on the character sheet and wrote "Frying pan." Yup. 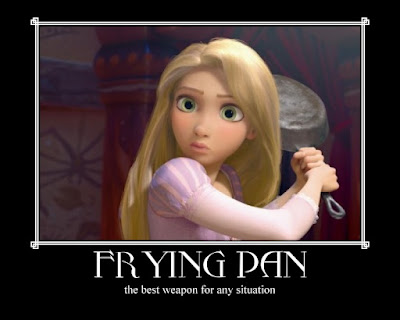 Chris and I had previously discussed finishing exploration of the tower space, and I set up a bit of a scenario for clearing the remainder of the space. Since Chris/Frederick was the only returning player, I let him take lead. The party re-entered the fort compound, and cautiously ascended the steps. Hearing scuttling in the rubble, they came upon three giant centipedes defending their nests. The party laid on with blade and pan, while taking a couple of bites. Frederick failed his poison save, so felt slow and sickly the rest of the day. After bashing the last centipede to pulp, the party found the dragon skull, and investigated the commander's quarters. Frederick slipped the found dagger into his belt. Nothing to see here.

Tim Shorts dropped a small map on the Reddits, and I picked it up.  I've known Tim since the G+ days, and always appreciated his hand drawn and colored maps. 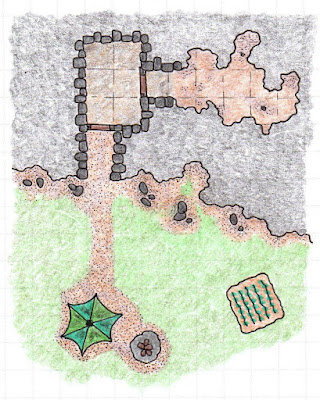 ... and I wanted to write up a brief encounter to fit the space. So our poor dwarf, Baldo Woldarm, happened upon something unexpected during his excavations of a family shrine. Discover what Baldo found, here.

Coincidentally, I also recently saw an article on the venomous marine bloodworm, with its odd copper and protein teeth. And I can't turn down monsterizing a worm...  But I'm sure that's nothing to be concerned about. 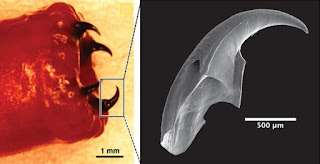 Tim also has a Patreon, where he creates encounters, colorful NPCs, and malevolent beings based partly on his home Komor Forest campaign.

Anyway, enjoy, and I'm off to the gym and then to prep for tonight's game.

Last weekend was a local game convention, Dragonflight #42. I signed up to run a pair of B/X-OSE games under the same general conceit that I run my Meetup games: I'll figure out what I'm running when I get there...

I had a pretty good idea that I was going to run 'Vats of Rats' on Saturday. The signed-up group included three of the usual suspects from our FLGS group, one of the player's daughters, and two new-to-me folks. The party was comprised of two dwarfs, two elves, a fighter, and a cleric. A sufficient group for sussing out the source of the mysterious man-rat who had appeared in town.

The party met the aforementioned man-rat in the reeve's gaol, and through some offerings of food and a blanket, were able to get sufficient information from the fellow, in addition to some random rumors around town.

They cautiously approached the 'abandoned' mage's compound, and were able to make contact with a pair of famished imprisoned man-rats in one of the exterior cells. Killing a monstrous rat that shared their cell, the party earned their trust and got some generalized information on the compound, and to look for the side door for entrance.

Safely accessing the compound, the party inspected the trap mechanism, which I decided to be comprised of a large Leyden jar, the size of a carboy. Of course they had to detach and steal it. So the party continued to stealthily explore the compound with a Leyden jar on a hand-truck with a really squeaky wheel.

The party soon found Natália Potkanová's quarters, telling her housekeeper rat he was free to go. They tossed the room, finding some good loot, before being set upon by a pair of man-rat guards. A brief fight, and the party was victorious.

Entering the dissection room, they got somewhat squidged out by the pieces-parts strewn about. They could smell the true lab, and prepared for assault. One of the dwarves pulled open the door, and the fighter hucked in the Leyden jar, hoping for some effect. Sure enough (die roll), it blew up. Natália dodged, but her assistant Vlastimil was one-shotted by the exploding apparatus. The party then burst in, firing bows and preventing Natália from casting spells. Seeing the party strength, I quantum-ogered in a few more man-rats to defend her, and the fight began in earnest.