Skipped a few weeks of Joe Wetzel's weekly Geomorph Contest, so, as per usual, a couple of dodgy, last-minute entries...

Trap 1: Kobold's Paradise:  A series or corridors built out by a troupe of kobolds with a penchant for the classics.  All in one area... Explorers will trip a portcullis (P), blocking retreat.  A stone ball (S) will tumble down a narrow corridor, squashing any who fail to dodge into a side-tunnel.  A pair of well-hewn corridors lead to a lovely tapestry, marred by several holes.  Those, of course made by a pair of crossbow traps (C).  On the other side, a stone block (B) will fall, both blocking retreat and perhaps crushing a straggler... Those exploring farther may be trapped under a weighted net covered in bells (N), notifying allied gnolls that fresh slaves have been delivered.  And finally, a trapdoor will open to engulf the first 1-2 in the marching order, its hatch snapping shut, the fate of the trapped unknown.... 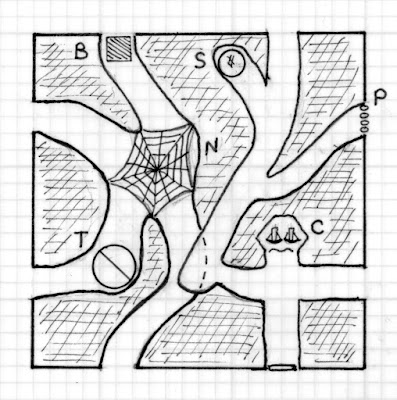 Trap 2: Explorers entering a large hall from any of the four doors will find a smooth stone floor. Hung from the arched roof is a naked girl in a cage, calling, "Please sirs, before the ogre returns and eats me!"
The 'girl' is actually an aged naga, her true form hidden in illusion.  Upon stepping below her cage, a pair of massive springs release, hurling a stone block against the far war.  Perhaps a sharp-eyed explorer, less-distracted by the apparent damsel in distress will have noticed the stained wall and floor.
After the sprung trap is re-set, the naga descends from her cage to consume pulped adventurers (her teeth long gone) and pick through the detritus for a few valuables... 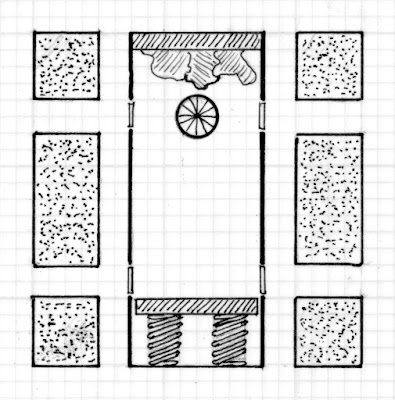 Phil at Tales of a GM has been kind enough to host this month's RPG Blog Carnival, and offered up 'Summerland' as a theme, whether imagining a Plane of Summer, activities of the season, festivals, or the solstice. 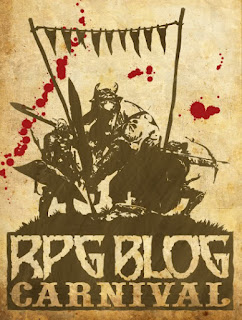 I didn't really plan to do an entry, but as the sun goes down at 9:15 PM here in the Northwest, strangely enough, I ponder that the days are cycling shorter once again, to those eventual dark days of winter....

And perhaps brief meditation on a population who may not welcome the long days....

Vampires and other denizens of the night gather to celebrate the shortest night of the year - the so-called Night of Hunger, where few emerge to feed, especially in the Northlands, where the nights are a mere pause between the crushing long days...

As the sun finally falls on the solstice, the night-walkers emerge, furtively, to gather at certain places of dark power. Carrying valuable vials of clerics' blood and other desecrated holy relics, they gather around black flames, feeding their offerings to the night, so that it may, once again, grow stronger, giving them the time and strength to prey on those weaklings who need the light...


The ceremony is brief, by necessity, for the burning light will return soon.  Best not tarry long...
Posted by Vance A at 23:14 2 comments:

'From the Vats' Published!

+Gavin Norman just released his latest project 'From the Vats' - The project is partially populated with entries from a monster-design contest he ran about a year back.  I entered four critters/items into the contest, and my wife was accommodating enough to sketch up a quick illustration for the Smoak: 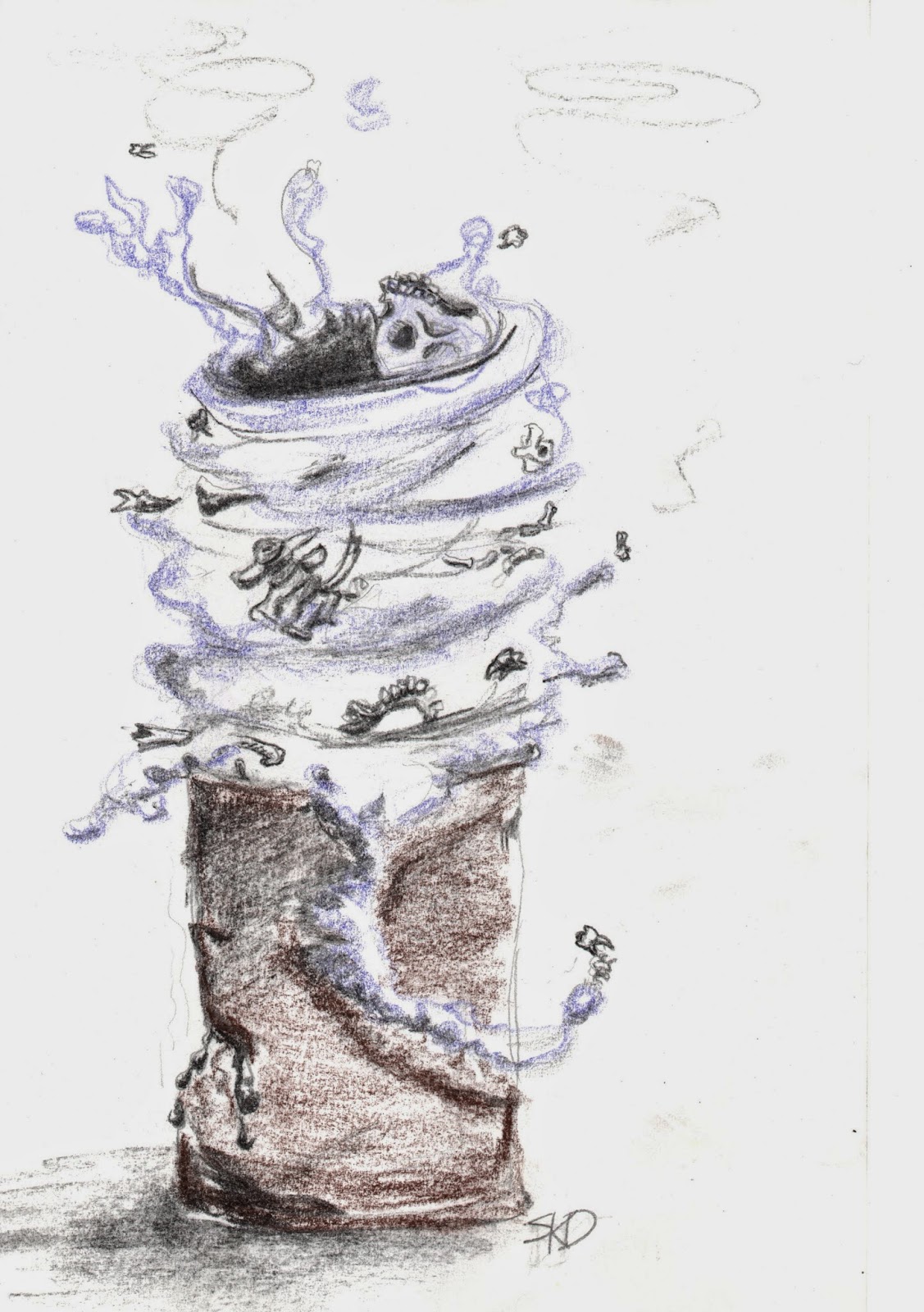 Gavin began compiling the entries and sent out an APB for some additional art. I asked my wife to contact him to help with an additional piece, which became an illustration for Ben Lawrence's 'Luminous Jelly' (ah, the benefits of having a marine biologist and illustrator in the house...)

So anyway, we had not heard any progress reports for the project for a bit, when lo and behold, it appeared on RPGNow for Free RPG Day...

So, go download 54 pages of weird goodness, including a full adventure, two one-page dungeons and a fistful (or vat-full) of monsters, magic items, and spells!
Posted by Vance A at 23:06 No comments:


The long stone-arch bridge was constructed several generations ago - a crowning achievement of cooperation between two kingdoms.  But as such things go, the administrations, character, and relations between the two countries changed.  Current relations are quite sour.

Either side could choose to take the bridge, but this would be considered an outright declaration of war, as the bridge is one of the few remaining crossings, other than a few ferries or clandestine methods, connecting the two regimes.

As the two new regimes rose up, and sealed off the respective ends of the bridge, a small community of ne'er-do-wells, refugees, and heretics took up residency on the bridge, initially building lean-to's and shanties, and as time passed, more substantial structures were constructed along the bridge deck. Structures are typically wood, with some stone or masonry. Due to the space restrictions on the bridge, many buildings have been built to extend over the water, with elaborate bracing of various construction and reliability...

Approximately 100 people huddle on the bridge.