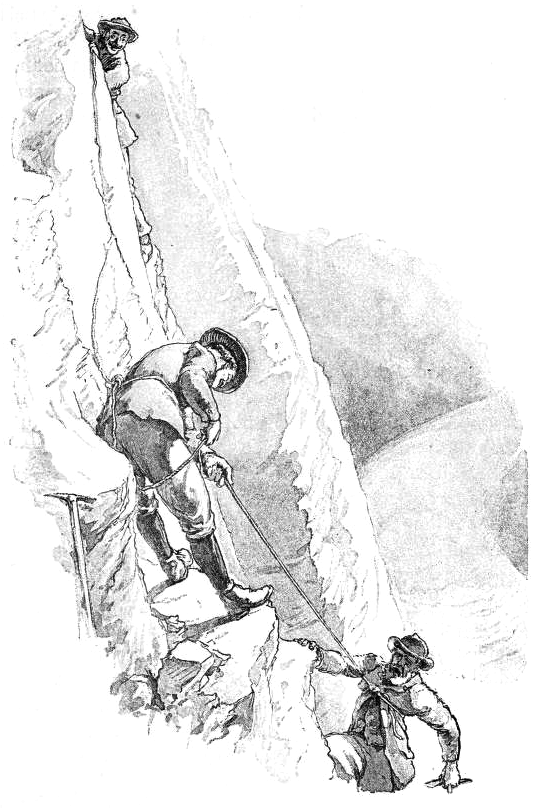 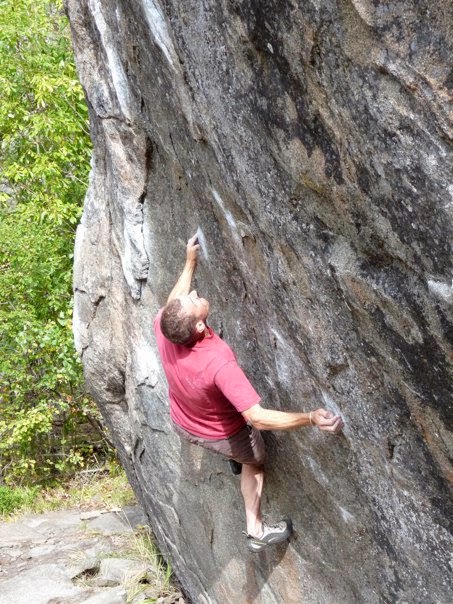 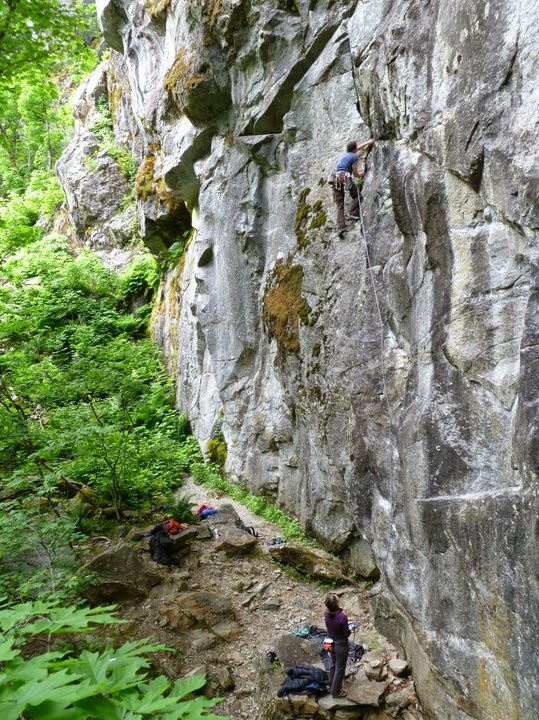 
Wiped from a day of kung-fu clinic, but had a bit of energy left , so cobbled together this little cavern/dungeon complex.

Why the heck did I decide to hatch the corridor exteriors though? Cramp...

The Temple of Voeq, heretical Dagonites, has lain untended since the Dagon priest and his mercenaries put them to the sword two years ago. The locals won't approach the complex, for fear of the Old God, and rumors of curses, so perhaps it is relatively un-looted. Or the rumors are true.


The Voeqites carved temples and cells from the existing caverns, putting it to their own use. A series of cells and the prelate's chambers line one corridor, with a columned temple hewn from the central cavern. Statues and idols pepper the complex, placed in corridors, alcoves, and caverns. The Voeqites took advantage of an underwater connection between two cavern ponds, using it to awe their gullible initiates by swimming costumed priests between the ponds to make their deity 'arise' on cue.

Here it is without grid - I'm a total Gimp gumby, so this is as fancy as I'm getting for now...

Way off schedule on following my OSRBA writing exercises.  I have maintained better than I expected, but have fallen out of the habit.  Onward.

The Maelstom appeared three generations ago, a by-product of a mad priest's attempt to speak directly to his deity.  He contacted something immortal, to be sure. But not the intended, and not something amused to be disturbed by the incursions of some random mortal.


The immortal did communicate with the priest, in its fashion.  Its alien intelligence pulled apart the priest's mind, stripping it as a flayed criminal at the stocks. Or more likely, as a bored youth pulling legs from a fly.

Email ThisBlogThis!Share to TwitterShare to FacebookShare to Pinterest
Labels: OSRBA

The Village of Creekside

This is a campaign/local setting for my little sandbox.  Feel free to co-opt it for your setting.

The village of Creekside is a stockaded frontier town, located along Peregrin Creek. Creekside was hewn from the forest and sits along a bend in the creek.  The cleared area is outside the town walls is home to several farms and residences.

The village is notable for a side-channel of the creek diverted through the stockade walls, allowing water and mill power during times of crisis.  If the town is pressed, dams can be dropped at the stockades, and the creek diversion floods low-lying areas along the north wall.  The stockades are wood, with some stone facing along the gates, blockhouse, and at the stream inlet/outlets.

Jon Peterson, author of Playing at the World, visits Lake Geneva and the Gygax home, including the proto-nerd-basement with Gary and Dave's wargaming sand-table.

Email ThisBlogThis!Share to TwitterShare to FacebookShare to Pinterest
Labels: history

Hallway lined on one side by d4+4 full-length mirrors.  The mirrors are 'unbreakable' - only magic weapons can damage them.  The mirrors are glamoured to compel a character to look upon them (as per Charm); however, if the mirrors themselves are covered, or otherwise magically blocked, such as by Obscuring Mist, their effects will be negated.  Random effects as per list, below:

Over at io9.com, a pictorial of several historic mines.  Some closed, some still active, most open to tourists.  But they may provide some inspiration and fodder to those great underground temples and passageways for your delving needs...

Of the list, I've been to the Wieliczka Salt Mine, outside of Krakow, Poland.  Although it was first built in the 13th Century, local salt mining extends back to the Iron Age, and was a significant driver in Poland's place as a regional economic power.  Descending into a mine that was active for seven centuries is quite intimidating.

Via Jim Garrison and the RPG Blog Carnivalling. 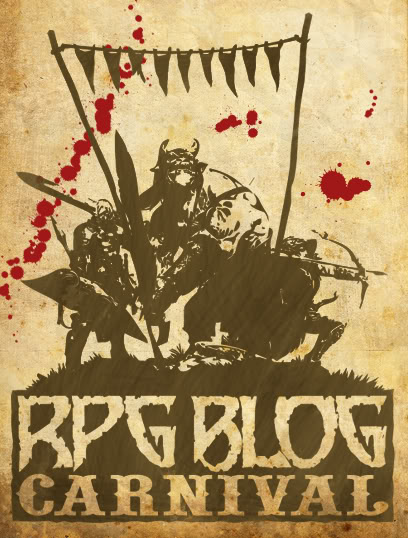 "Did you capture one of the beings that have colonized the East Shores?"

"Yes, we journeyed and caught one. They are called 'Man.' They are rather... durable."

"We've watched them for a Song Cycle. I believe that four of their generations have passed in that time.  And they are quite fecund."

"Yes, but quite fractious too. Since their arrival, the original population has split into two groups; one along the shore, one farther up the Ton'esto River. It seems to have something to do with the form of the sigil on their temples. They have fought one another in at least three armed conflicts in that time.  I doubt that they will last. No race that feeds on itself in such a way can persist."

"True, but the population in the Ton'esto is encroaching upon our groves. We should talk to the Council, deliberate on if we should act in some way."

"You know that they are never hasty. It takes a Cycle for them to decide anything."

"Agreed. Perhaps we bring it up at the Council Convocation at the beginning of the next Song Cycle."

Why does that orc only have 1 HP?

So I hear that someone was wondering how an orc could only have one hit point...

Farthing and Tig, farther into the hole... (What's in the hole, Part 1c)

Final (?) installment of our two friends' misadventures with a worm and a tomb.

"Throw! Throw!" Farthing darted around the lunging ghoul, as it swung ragged claws at the halfling.

"Nine hells, Tig!" Farthing re-secured his grip and started to sprint in a circle around the raging undead.  The ghoul connected with a claw, ripping Farthing's jerkin and arm.  Farthing's arm bled and went numb, but that was all.

"Trying! A hand would be helpful!" Farthing continued to attempt to circle the ghoul and tangle its legs. Tig tossed another loop, this time at the ground, and yanked as the snarling ghoul stepped into the loop. The ghoul went down hard, splaying as one leg tangled in Tig's line.

"Who knew they we so quick!"

The cantrip, or '0-level' spell, makes for some potentially useful utility spells that a conjurer may have picked up along the way - and also may add some color or surprise to other characters, perhaps a thief who picked up some tricks somewhere, or a failed cleric or mage acolyte who now campaigns under a different guise.

# of cantrips available + INT bonus, each may be used once daily.  Select randomly.

A list of 'useful' cantrips.  Some of these probably exist elsewhere, some are de-powered 1st level or similar spells, some may even be original content...

Farthing and Tig, farther into the hole... (What's in the hole, Part 1b)

Jim Garrison was curious as to what happened to Farthing and Tig in their predicament, and so was I...

Farthing's palms tingled as he crawled into the burrow.  The digging was fresh, still damp with the worm's protective slime.

"I think I hear it.  Definitely can smell it."

"Go home and bake bread. But I suppose that's not happening quite yet. I'm backing out Tig, take up rope."

"Chicken out all ready?" goaded Tig. '"I suppose I can find a dwarf, or maybe a couple of hard-up dagger-gnomes.  They are always up for a dirty challenge."