It's a A Very Wyvern Thanksgiving, Halfling Brown (plus a bonus review of The Crimson Monastery by Dawnfist Games).

So one of my players is a tea-aficionado halfling, on the search for new and interesting blends amongst the explorations and delvings of our sessions. 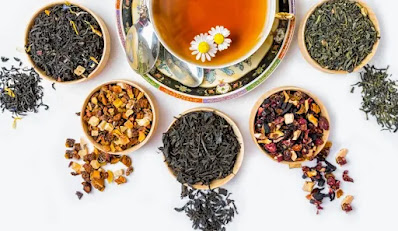 Abandoned crates: "Is there tea?"

Ruined tower: "Is there tea?"

Undead-haunted crypt: "Is there tea?"

Ok, Stumbleduck. I suppose I need a random tea table for the next time you query... A random list of leafy brews both mundane and special: 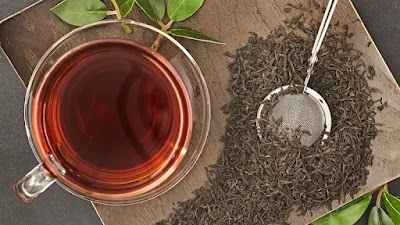 Time to post up another small creation for folks to explore.

Jackson threw this up about a year and a half ago, and it's been languishing in the notes for a while. It's a good space, with a few looping paths, always good for having a few options or routes to access the depths. He added a number of features to inspire the space and its story, as well.

With the features, it took me a while to wrest the story of the space from the map. Certainly, the objective is on the island in the pool, as would be expected. But the elements that gave me a challenge in explaining their existence/purpose were the two styles of statues or alters. I vacillated between stele and more active guardian-constructs, and finally came to an idea of a single sacred space honoring two gods, an old and a new. It took a bit to justify this scenario, and I'm not sure how well it works, but I'll leave that to the readers to decide.
As is common for our favorite underground exploration spaces, is is abandoned, and has fallen to neglect. It happens. Because of this, the entryways have been re-colonized by new tenants that guard the hallowed spaces beyond. And that green thing? One of the tenants, and a somewhat virulent one (a pared-down version of a somewhat classic hazard).
So feel free to take a look around "Urnage's Island Rest" and have a dip.
Posted by Vance A at 17:52 No comments:

Another Sunday game on the books -

New player showed up - is this a serious game? Well, judging from the existing player names and the fact that everyone gets a random hat, I'd say no. Geoff grabbed a blank character sheet and rolled 3d6 down the line, like a boss...

We started our scene in the fair village of Neuförde, did a bit of banking and real estate investment (the party bought a vacant house), and established a few NPC relationships (There's no thieves' guild, but the town halflings seem to know how to find or disappear things; and the weird elf twins are happy to identify unknown items). Tylenol was determined to be a colleague of the town's priests, and dovetailed in with the group.

The party had closed down the bar, as one does, when an alarm was raid of a raid on the town. Torches and a commotion were heard north of the bridge, and most of the party moved north to investigate, joining some of the locals in discovering a group of goblins raising a ruckus setting fires, and stealing stuff. They engaged in a brief skirmish, slaying a few, and chasing the raiders off. Tylenol sensed that this could be a feint, and stayed south of the bridge, alert for another incursion. Which occurred in the form of several shambling forms from the trees. Aided by a couple of NPCs, Tylenol called upon his god and turned several of the undead. Joined by the party, they killed the remainder. Some of the zombies were unusual, in that a couple were surprisingly fast, and one, when it struck Pepto, left him in a weakened state. Additionally, the undead were formed of deceased goblins and orcs, an interesting observation. The party discovered that the turned number had retreated across the river and slogged north, following the goblin raiders.

Realizing that an abandoned dwarven temple was a good candidate site for the raiders' lair, the party trekked out the next day after shaking off their injuries from the night before. Tracks indicated that the place was quite occupied, and the entrance now sported a deadfall trap. The PCs skirted it, taunted the carrion crawler in the chasm, and crept to the entrance. The door was readily picked, and the door flung open, surprising a goblin sentry. He was rapidly sniped, and disposed of via carrion crawler.

I provided a sketch map of the previously-explored areas, and the party opted to investigate unexplored areas. Crossing a heavily damaged bridge, the party was ambushed by another goblin guard, but they dispatched him before he was able to retreat and get off a warning. Accessing some corridors and rooms, they found an empty galley and corridor occupied by a pair of dwarven statues, known by Pepto to be animated, provided the correct 'key' could be found to activate them. The party chose to 'walk' one to the top of a flight of stairs in the event they needed to flee and it could be pushed down on pursuers, since they didn't know what would activate it.

Finding a long corridor, a couple of party members saw a faint light and heard communication at the end. Fred stealthed to the end of the corridor, finding a crowd of goblins being berated by a cloaked figure. He returned to the party, indicating that this may the the leader of the previous night's raiders.

The party approached, although their clanking did alert a few of the goblins. As they approached, Fred took a pot-shot at the leader, wounding him. The leader turned, revealing to be a human wearing bone armor. In good bad-guy form, he cursed at the players, giving a monologue about how he wasn't to be fooled like his predecessor, and that he wasn't to be trifled with. Melee issued, with a couple players shooting the big-bad again, preventing him from casting.