Sneaking in another uncompleted Secret Jackalope writing prompt off the OSR Discord:

Goblin Glenn Close requested:  "Party time! Please invent 6 festivals for a town or city in the setting of your choice."

Several years back, I roughed out an insular halfling collective of interconnected villages out in the hinterlands somewhere, so I suppose that they need a few celebrations specific to their community and individual settlements...

1. First Bloom: The village of Amberhallow tenses with anticipation in the spring as the buds swell on the sacred tulip tree, an ancient, twisted growth in the center of the market square. It is a unique tree, with none like it in the forests, and although it blooms, no seeds ever germinate. It also hearkens the end of the Hungry Gap, as herbs and leafy greens begin to emerge. Oh yes, the blooms. Lots are drawn and food and drink laid in for the fete. Eyes can't help but drift to the tree as it greens and buds. What day and hour will it bloom, and who will receive the blessed tiding of the year for having guessed the closest to the emergent moment? At the sign of the first bloom, all tasks are dropped, all duties set aside, as the town explodes in joyous exultation, with gaunt residents pooling the remains of their stores to feast and dance, for the spring can't truly arrive until this storied tree reveals itself. 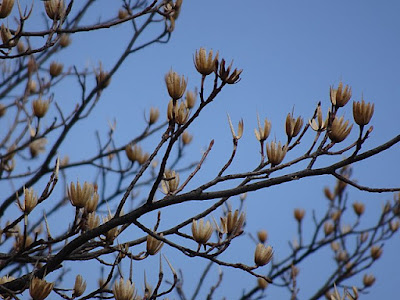 2. Burning Minds: Upon the summer solstice, the Myconids silently emerge from the deep forest to join the citizens of Birchspell for a week of spore-driven hallucination and hive-minding. Secrets are revealed and thoughts stripped bare during this week of ecstatic dance, commutation, and clairvoyance. It is a time of soul-baring and forgiveness, going back generations for the community, since they first made contact with the mysterious mushroom-folk. The Myconids receive, in turn, wagonloads of manure and corn whisky, which they carry back to their enclaves hidden within humid caverns deep in the forest for their own cultivations and purpose.

3. The Scouts' Honor: The Bogaert Scouts are the community's watchful eyes and outriders. In the summer, they are honored in Myrkan with a festival of food and competitions. This is one of the few celebrations where outsiders join, as halfling marksmen, hunters, and snipers from far-flung communities ride in to try themselves against the Scouts. The Scouts and their guests compete in archery and slinging, both in accuracy and trick-shooting. Many apples are slain, and arrows are split. The sling competition of “Bonk the Giant” is always a crowd favorite, as the large wicker figure takes abuse from sling stones until collapsing in a splintered wreck. The celebration culminates with a hide-n-seek competition lasting three days, with the winner receiving the honorary Green Hood of Peplyn. 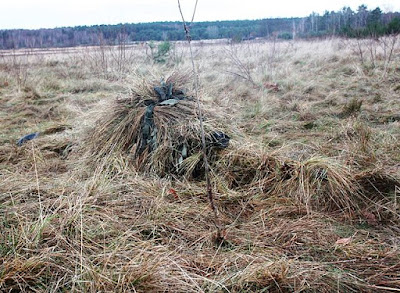 4. Call of the Bread: Upon the grain harvest comes the Call of the Bread, the hallowed celebration of the baked crafts. This is often the most festive and raucous of the community celebrations as the halflings gather in Myrkan to celebrate and eat. And eat. All things baked are joyously and intensely celebrated, and baking contests of complex artworks of bread, sweets, and rolls are the order of the day. Last year the theme was “Bread as Hats” and quite elaborate and tasty headgear was flaunted by the bakers of the day.

5. Return of the Brown Cow: The hamlet of Deepshire releases a blessed cow into the Ablan Timberlands every spring. She fades into the dark forest, rumored to be haunted by the dead of failed pioneers, or by ineffable fey. Upon the bovine's return in the autumn (and somehow, she always returns), the village feasts and fetes, with the village elders and seers gathering around the prodigal beast to read auguries writ into the scars on her hide and ferment holy draughts from her milk. 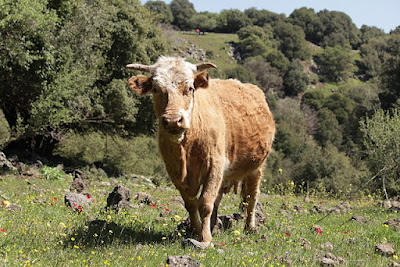 6. Grim Dance of the Winter Wolves: Held on the winter solstice, the longest night of the year, lean villagers gather to make a solemn dance in their halls, howling in imitation of the wolves that call at the edges of the forest. At midnight, an extra pig, or perhaps a totem of salted meat, is left in the market square, to be stolen away by the wolves in the night. There are rumors that in past times, or during particularly harsh winters, that a resident would be chosen by lot to be drugged and left out as offering for the beasts, but if anyone inquires to this tale, the villagers will politely change the subject.

And Some Bonus Festivals:

1. Parade of the Heads: The Principality of Xohan is known for its strict discipline and harsh justice. So in deference to these qualities, once per year, on the autumnal equinox, the Prince, in his largess, holds the Festival of Forgiveness and Commutation. Or as the commoners refer to it, the Parade of the Heads, as the Prince's guard takes down the previous year's piked heads of the condemned to carry them in a procession around the city walls before interring them in the Convict's Cemetery outside of the South Gate.

2. Dance of the Vampire: The vampire Cyran throws a fete for the village of Khiredrel. It is a tribute for his preying on the community, and an exchange for his protections from the oversight of the local regime. Upon the selected night, he descends from his hilltop fortress with his 'wives' and Renfields to walk among the people. He is generous and ebullient, casting great gifts of coin to the folk and joining in their folk-dances for the night. At midnight, Cyran lead a procession of animated skeletons (The Skeleton Crew, his household “staff”) in a comical parade of dance and mime, as the community showers him with roses. 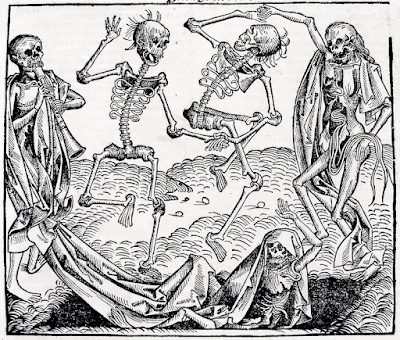 3. The Kobold Fair: The kobolds of the Bonecutter Clan hold their annual celebration during the third month following the “Dragon Moon.” The week-long festival includes bazaars of scavenged and re-purposed goods and feasts of “delicacies” that would turn the stomach of a ghoul. Trap-building seminars are held, with topics including, “Spiked Logs and You,” “Jar of Wasps, Fun for All,” and “The Pit of Snakes, Overrated?” Sacrifices are made to the great kobold god, T'Ckr, followed by the Dragon Dance. The young are entertained by puppet-shows of marionettes crafted from the bones and skulls of slain adventurers and intruders.

4. That Thing That We Do This Time Every Year to Prevent That Bad Thing From Happening Again That We Don't Talk About.