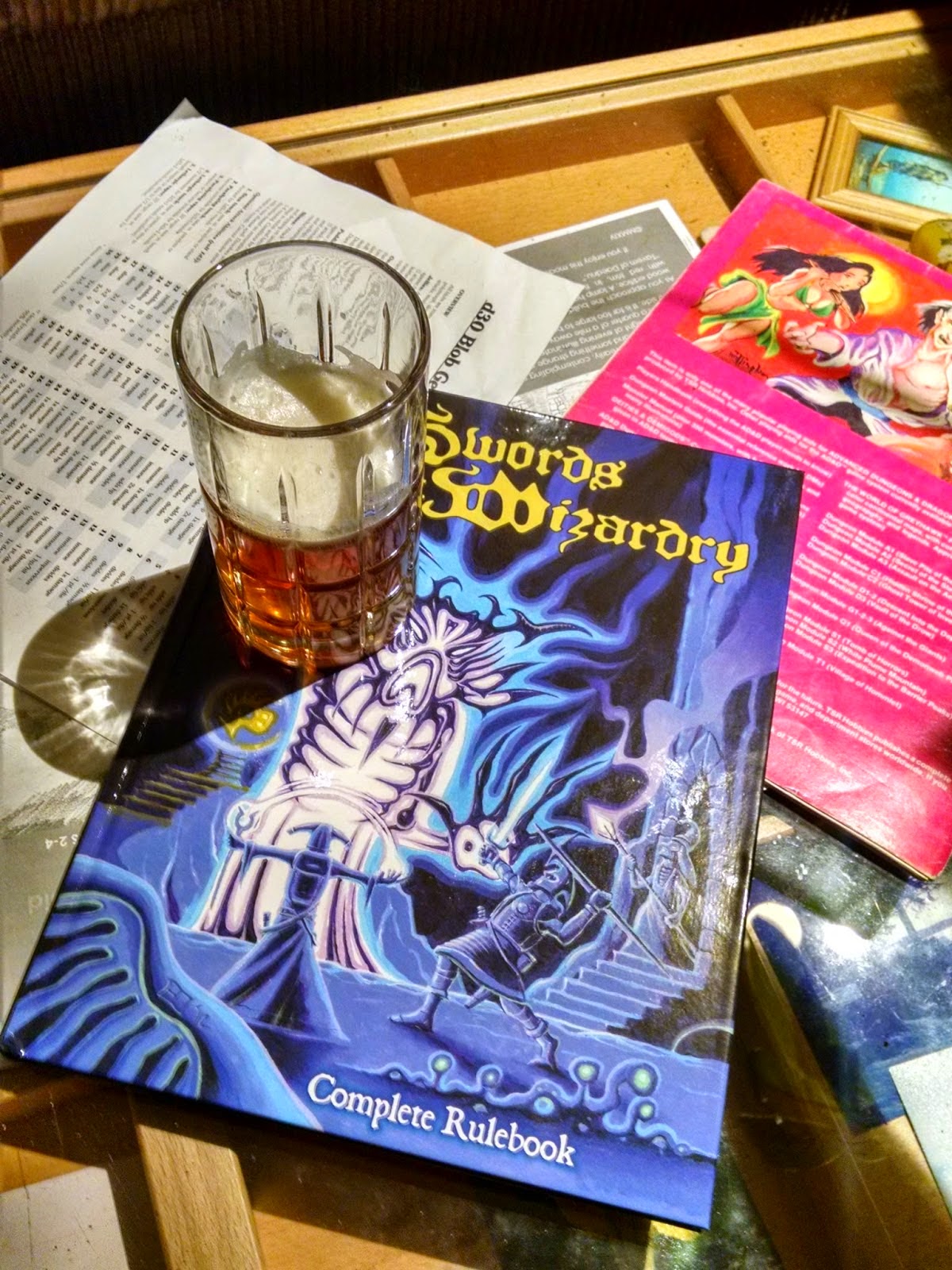 Late to the party.  On vacation, so why am I even here?

Ok, so why S&W for me?  As I mentioned back in the beginnings of my blog, I re-discovered gaming via the 3.5 system.  The complexity and apparent inflexibility of the system confounded me, and it wasn't until I had a conversation with a gaming friend who said that her group was playing modded 1st edition, that it occurred to me that people may have held onto their old red- white- and blue-boxes, and kept playing them.... And thus I found the OSR.

Well, my old books were 800 miles away in a closet, and I really didn't care to buy a 'new' batch of used books, so cheapskate that I am, I headed to the internets.

Initially I was simply looking for free or low-cost game content to re-familiarize myself with RPGs, and provide a bit of inspiration. This led to a number of gaming blogs that popped up in Google searches for content, and to a certain rule-set, Swords & Wizardry. Additionally, Mr. Finch's Old School Primer was also downloaded and it was certainly an 'ah-ha' moment.

I also pulled down copies of other rule-sets - namely Labyrinth Lord and Basic Fantasy - but I kept returning to the S&W set.  It seemed simple and pretty bulletproof, yet flexible. And apparently a lot of other people agreed. The DIY vibe is strong among this crowd, with insightful and creative folks who both inspire and intimidate me as a scribble away.

So unfortunately, I don't have a new dungeon, or race, or player class to contribute today. I have things in the works, but they are not yet ready for prime time.  That said, anyone stumbling on the blog may feel free to explore the maps, critters, and fevered ramblings herein.  All are statted or compatible with S&W.

Have fun, and Happy Gaming.

(Oh and reading Leiber ... finally... and the name Swords & Wizardry makes a fine homage to this Appendix N icon).
Posted by Vance A at 16:57