I just picked up a used copy of World Lit Only By Fire, a history of the beginning of the Renaissance.  I haven't begun reading it yet, but was thumbing through the book this morning when I came upon this figure... 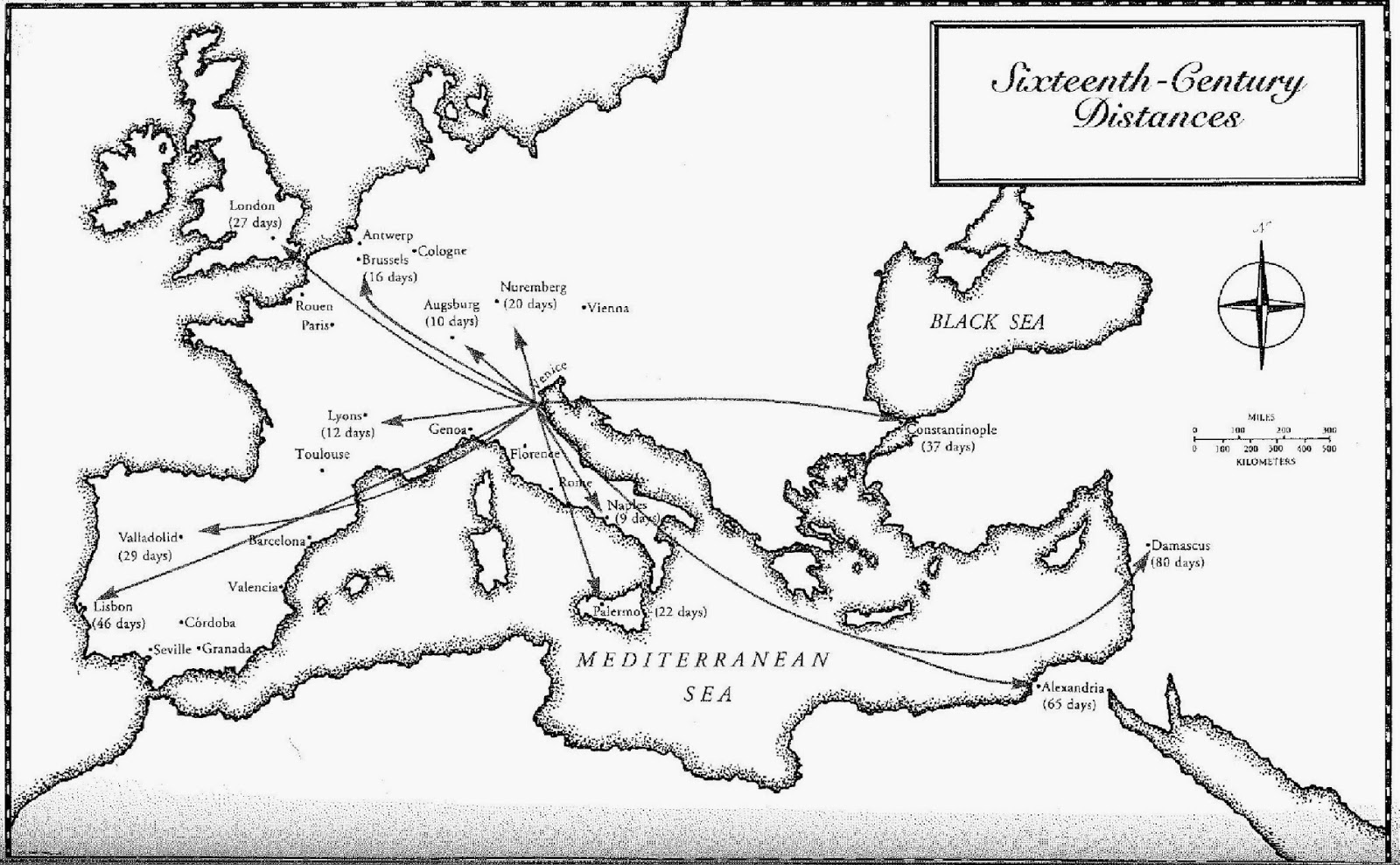 ...which denotes travel times from Venice to a number of other European cities.  What is interesting is the difference in time to reach a few of the destinations (e.g. 10 days to Augsburg, vs 16 to Brussels vs 20 to Nuremberg). Part of these differences are likely due to the physical geography of Europe - Even though it is a relatively compact region, it is still bisected by numerous mountain ranges and rivers: 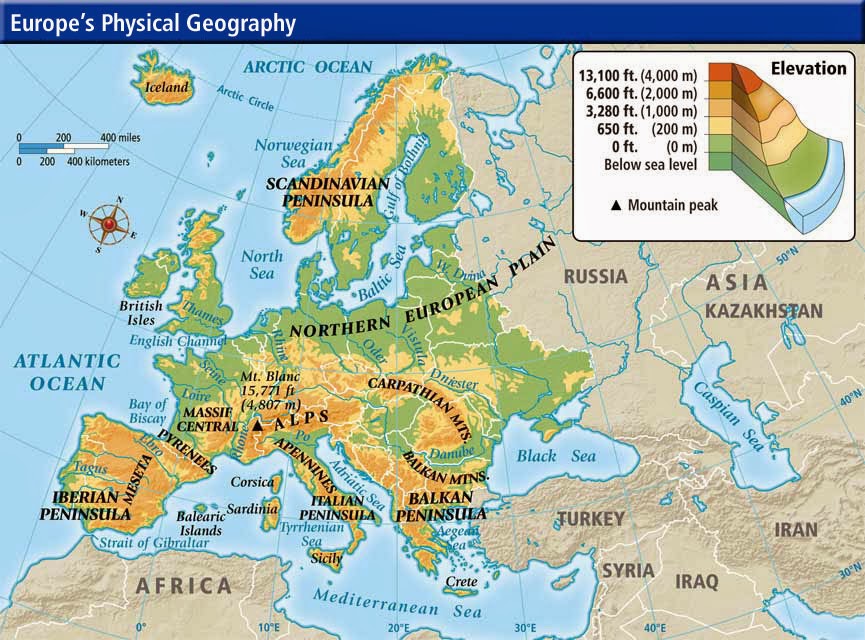 source
But that still doesn't address the time difference between the two cities in modern-day Germany. After all, a traveler from Venice would need to cross the Alps to get to all of them. The two German cities are perhaps 75 miles apart - Our theoretical traveler could make it from Venice to Brussels - a longer distance, in 'only' 16 days.  What else could provide a factor?

The Europe of the Middle Ages and later was built partly on the remnants of the earlier Roman Empire, including its relict infrastructure.  The northern Roman frontier, with a few exceptions, was the Rhine/Danube rivers, and the empire's roadways reflected that: 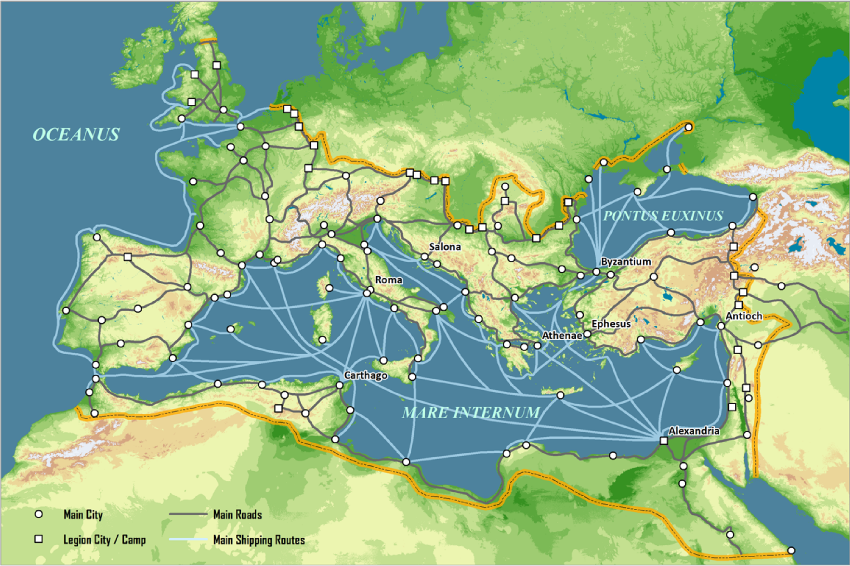 source
I'm speculating here (haven't read the book yet), but in spite of established thoroughfares throughout Europe at the time, there may have been some residual disconnection between southern and central Europe. Established roadways (and waterways) expedited travel - especially east-west.  Brussels?  Along the Rhine, a major water thoroughfare.

So you're sandboxing, or just moving the adventure from place to place - Does the setting have 'Roman roads' or are there gaps where moving cross-country or along goat trails is necessary?  Can the PCs catch a river barge?  How many bridges or ferries cross that big river through the center of the map?   What are the differences in challenges or potential encounters along that longer-but-faster route, vs the shorter-but-difficult route?

Many of the fantasy or gaming narratives place the PCs in a dark ages world living in the shadow of old empires.  Do the cobblestone roads of that old empire still carry traffic? 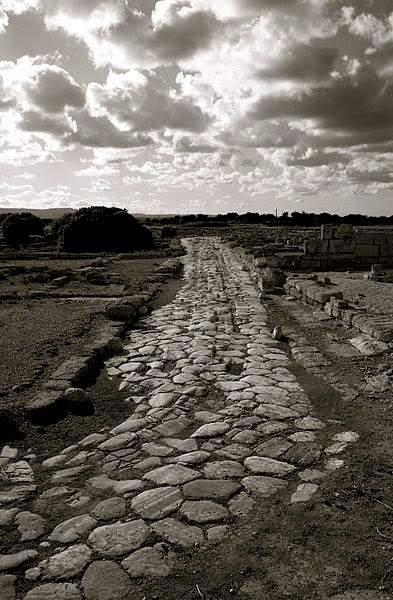