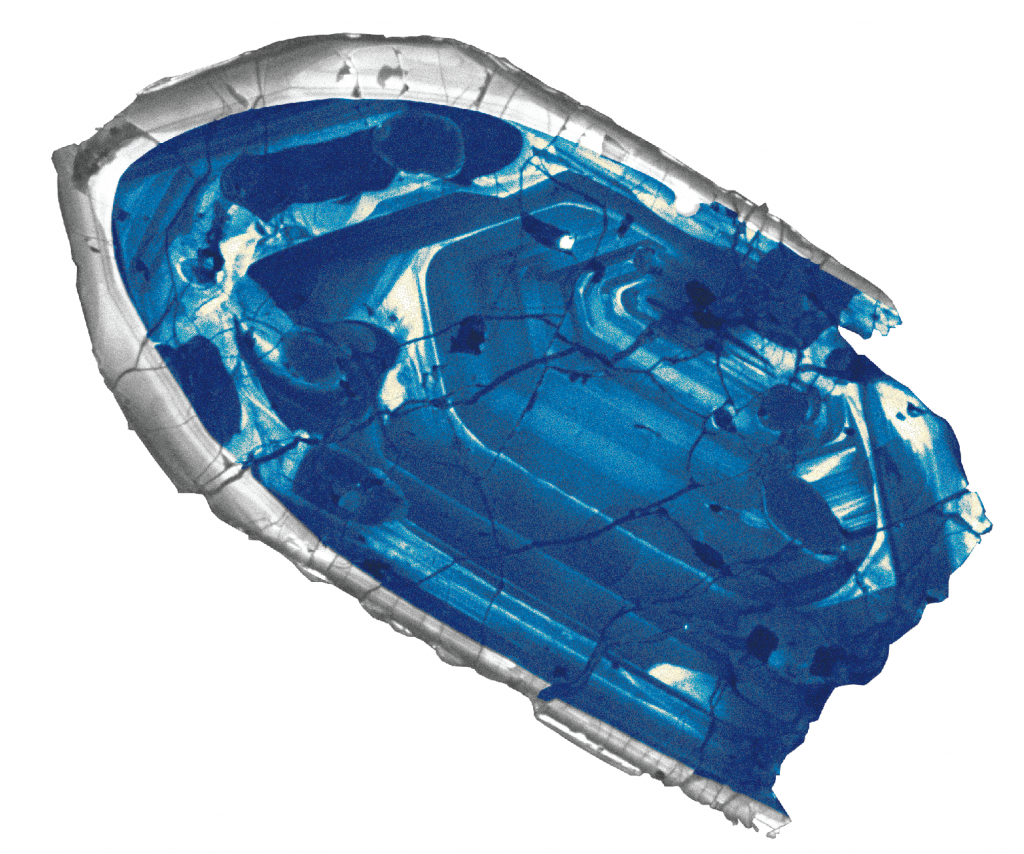 Pretty crystal, eh?  Pretty OLD crystal, actually - this zircon from Australia has been identified as the oldest known thing on Earth, clocking in at 4.4 billion years old (vs. 4.56 billion years for the Earth's formation). Analysis of the atoms within the zircon indicate that the planet cooled earlier than previously suspected, therefore allowing for earlier development of a life-friendly environment.

Oh, and before you plan on having it set as a crown jewel in a tiara, this gem is a massive 200 x 400 microns.  Or about twice the diameter of a human hair.  That's about 0.02 carats there, big spender.

Email ThisBlogThis!Share to TwitterShare to FacebookShare to Pinterest
Labels: geology