Not sure where the idea for this guy popped up, but I think he fermented after some discussion on the use of a shovel or spade as a weapon.

Quick history: During WWI hand-to-hand fighting, the bayoneted rifle and trench knife often got tossed aside in favor of a sharpened entrenching tool, which could cut or smash through flesh and bone and not get hung up.  The Germans make good use of entrenching tools in their defense of the trench in this scene from All Quiet on the Western Front (shovel-swinging action starts at about 2 min):


And in more recent popular culture, the 'Spetsnaz' (Russian special forces) shovel has shown up as a favorite survival/fighting/zombie-whacking trope.  Cold Steel's cheesy hacking and throwing infomercial shows their replica version in fine form.  (Be the first on the block to have one of these bad boys!).

Oh, and The Shoveller. 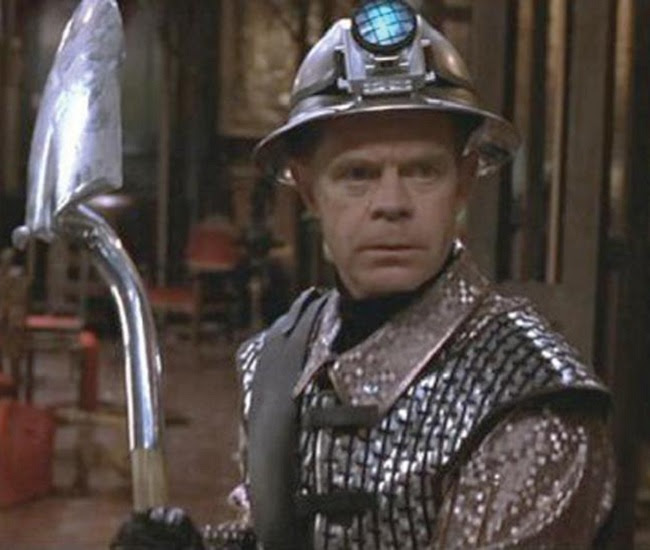 "Lucille, God gave me a gift. I shovel well. I shovel very well."
(actually, I think this may be my super power, as well...)

Anyway, meet Harald Chokseck, Shovel Knight.  Harald is an eccentric wandering fighter.  His primary weapon is a heavy custom spade.  He clings to this anachronistic weapon after long duty in the sieges of the Traildskel border wars, as the warriors of the Confederated Rucani dukes pushed the Tysolian Horde back to their ancestral homelands through attrition and methodical defeat of the Tysolian's border fortresses.

Harald is a veteran of the conflict, one of many poorly-equipped men-at-arms thrown into the siege-works and goaded up the scaling ladders.  During a bloody, desperate underground battle, when his band of sappers was intercepted by a Tysolian counter-mine, Harald dropped his shivered axe and held the tunnel with his spade until his compatriots could safely withdraw.  After that traumatic battle, Harald was never seen without a well-sharpened spade in his hand, and was widely-regarded as a good man to have at your back in the saps.

Plate Mail (AC 3/17)
Shovel (1d10+ STR) (5' reach, treat as voulge)  Harald is proficient in the use of his spade, alternating between slashing, stabbing, and bludgeoning attacks, or parrying as per a staff (+/-1 AC if he opts to use the shovel to parry, or use S&W/your favorite parrying rules).
+1 Hand/throwing Axe
Ring of Fire Resistance
Boots of Speed

Harald is accompanied by Snikt, a kobold rescued from a band of gnoll slavers.  Snikt refuses to leave Harald's side (occasionally to Harald's annoyance), although he has found Snikt to be a good companion underground.  Snikt, as a kobold, is proficient in making traps and snares, which are useful for scavenging game and setting alarms when the pair are adventuring.  He has also picked up a number of other 'useful' skills.  Snikt is also somewhat heartier than 'normal' kobolds due to the pair's adventures and journeys.

Special: infravision, light sensitivity (-1 to attacks when fighting in daylight) 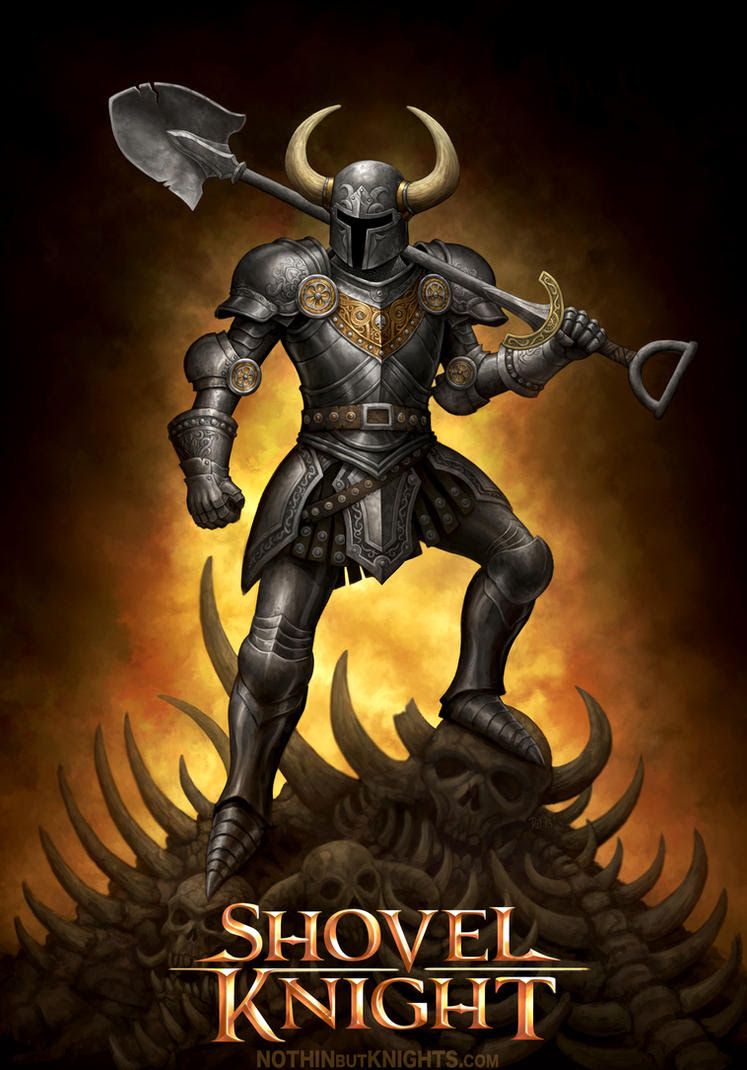 Apparently he's the hero in a Kickstarter'ed video game.

Bah.  Everyone knows that the only shovel-wielding video hero is Dig Dug.
Posted by Vance A at 12:05