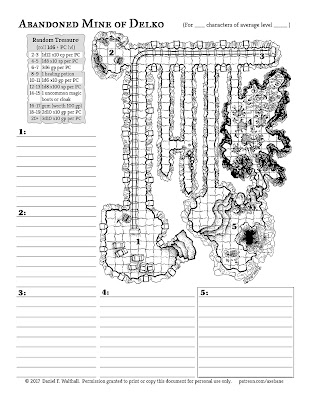 Statted up using Swords & Wizardry critters, and perhaps a Richard J. Leblanc, Jr. spider...
Posted by Vance A at 11:32