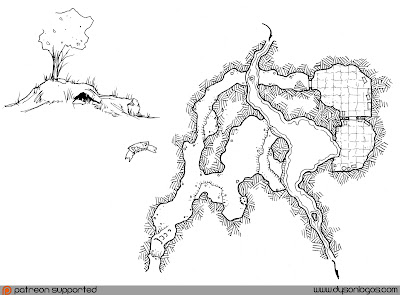 4. Sand Trap:  A mysterious creature prevents would-be rescuers from entering the cavern to release a pair of hostages.  Using a modded critter from one of my favorite modules.
Posted by Vance A at 11:18