I supported the latest printing of the Complete rulebook via the Frog God team's recent Kickstarter.  The new book arrived promptly (Especially as I'm only a ferry ride away from the Frog God's home swamp). 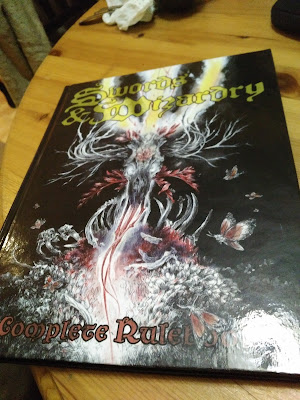 As stated in the KS campaign, the book is a new printing, rather than a new edition. The text is essentially unchanged from the previous printing (which I also supported).

However, the book layout and artwork were reworked with the intent of drawing in new players and a new audience. The project was headed by Stacy Dellorfano, who invited a crew of female artists to provide the illustrations. 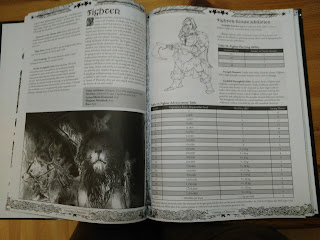 While there was a bit of controversy (isn't there always) that the art was exclusively by XX chromosomes, that's not the point to me.  It's good art. 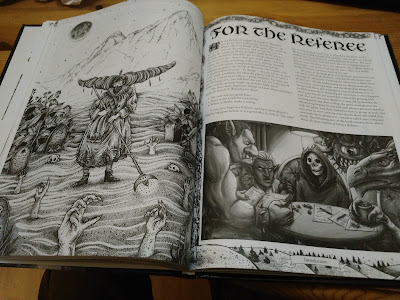 Thumbing through the book has that element of inspired imagination. Kaos Nest's gothic-tinged cover piece evokes dark spells or demonic shadows.  Example characters, scenes, and reinterpreted monsters (the kobold has a hint of plumed dinosaur) do a good job of rekindling some inspiration for this lapsed gamer. 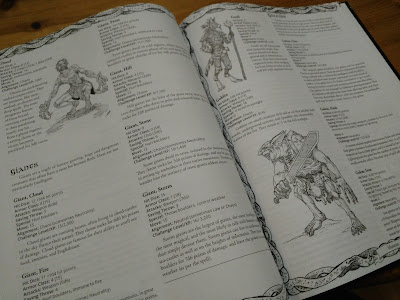 And I'm always a sucker for a good bulette. 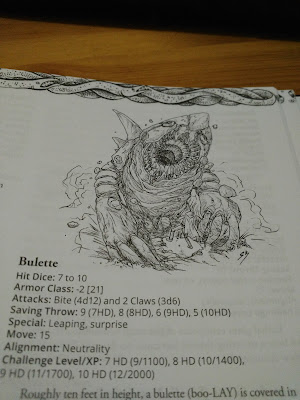